From a very young age I loved learning new words and using them.  My mum tells of when I was two and wandered into the kitchen saying something that sounded like ‘static convergence’.  My parents had no idea what I was saying or where I’d got it from until they heard it themselves, by chance one day, on an engineering announcement sandwiched in between two trade test colour films.  These were films broadcast by BBC2 in the early days of colour television in Britain during intervals when no regular programming had been scheduled. The aim of these films was to provide colour broadcasting in these intervals for use by television shops and engineers (the ‘trade’) to adjust their television sets.  Films ran regularly throughout the day from the autumn of 1967 – when I had just turned two years old.  I loved those films and remember spending hours watching them, hours when I was obviously absorbing all kinds of new images and language.

So it followed quite naturally that I developed a great love of books and reading.  I don’t remember ever being fazed by a word I hadn’t seen before – I enjoyed the challenge of trying to pronounce it correctly.  My paternal grandfather probably helped quite a bit with that – he used to test me on names that people often mispronounced – Kirkcudbright and Cholmondeley were a couple of his favourites.  I spent many very happy hours sitting on my bedroom floor pulling books out of my dark wooden bookcase – dipping into story books and examining encyclopedia.   I was often given beautiful hardbacks as presents – I particularly remember The Splendour Book of Ballet, My Donkey Benjamin, and The Golden Treasury of Poetry.

I was one of the most fluent readers in the class and I remember being asked to read Briar Rose out loud to the rest of my classmates aged about six when the teacher had to pop out of the room for a while.  For a child who was so very shy I don’t remember feeling self-conscious about this at all – just rather proud.  When my mum’s parents came to stay it was a ritual that when I got up in the morning I’d get into bed with them and, snuggled into the bedclothes, would read out loud – I don’t think they minded what it was – I seem to remember it was the latest Nancy Drew mystery more often than not.  I joined the Puffin Club at school which meant we got a new paperback every month, I created a lending library of my own books for my classmates, I wrote plays and cast them and tried to get my friends to perform them during break time, and when I was about seven or eight I sent off a collection of poems in the hope they might be published.  I read under the bedclothes on holiday on the Isle of Wight when my parents thought I was fast asleep, I read on long car journeys when most people couldn’t: I simply read all the time, everywhere. 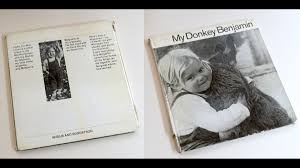 Until I was about fourteen years old.  I’m not entirely sure what happened.  Whether it was the onset of puberty, whether it was having more demands on my time in terms of schoolwork, music practice, socialising.  Or whether it was the start of examining texts in forensic detail for O Level and then for A Level.  I loved some of the books we studied but somehow, having to write essays about them just killed that spark of joy in me, dimmed the pleasure of the act of reading itself.  And university was even worse.  In my fourth and final year I chose a course that had literary theory as one of its modules and I found myself wanting to read less and less.  I carried on buying books because I loved – and even needed – to have them around me.  I’d sometimes pick them up and admire the cover and flick through a few pages, but, by and large, they remained unread. 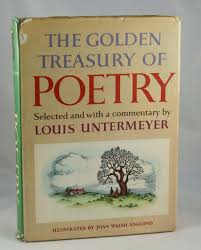 I married for the first time when I was thirty-one.  Geoff had disabilities caused by the drug Thalidomide, and in his case that meant short arms and only one eye, and less than ten per cent vision in his ‘good’ eye.  This obviously meant it was extremely difficult for him to read – he much preferred being read to.  I started to read books to him in our downtime and on holiday which we found we both loved – and when we lived in Rwanda for a spell reading was one of our favourite things to do.  It allowed us to escape from our surroundings and the stress of the situation and it was a beautiful shared experience which can never be taken away from us, even though we’re no longer together

Geoff and I separated after eight years and I moved into my own flat.  I spent a lot of money during the first year or so on my own – some of it justifiable as I needed to kit the place out – but I also spent a huge amount on buying books. The collection grew and grew.  Mainly hardbacks, with beautiful covers.  Their very presence comforted me.  They filled a void.  They made the flat my home.  I looked at them and held them and inhaled the fragrance of their pages.  But I still didn’t really read them.  Occasionally I would have phases where I would get into a book and experience a glimmer of that childhood joy of reading again – sometimes it would last for a run of two or three books – but then the bubble would burst and it would be lost.

When I moved in with Paul (who just happens to be a dealer in rare books) three years ago, most of my beloved book collection had to go into storage.  And there it remains until lockdown eases and we can resume our search for more spacious accommodation.  I seem to have managed to accumulate quite a number of new books since I’ve been here – both books related to my therapy business and novels.  I’ve started to read again in the last few months.  Life got in the way for a while – times were tough and my concentration was low.  But slowly, gradually, I’m beginning to remember how it feels to start a book, to become absorbed in the plot and the characters, how it lifts away from the pages and becomes part of you.  I think of myself as a reader, not just a book lover, and I will become a reader again.

Lockdown has allowed me the space to rediscover things about myself which had seemed long-forgotten.  How much I like to write, as well as read.  I am slowly starting to write more blogs for my website and for social media and I’m enjoying that.  And so are other people – that’s a bonus.  Blogging and creating bespoke recordings for my hypnotherapy clients are activities which allow me to use those skills I enjoyed using so much in my early years.  They allow me to reconnect with the creativity that was never extinguished, merely lying dormant, waiting to reignite.  We’re not who we’re going to be yet. It’s never too late to become the person you want to be.